Announcing the Official Node.js Connector for the Oracle Database by Oracle

Oracle has released a new Node.js driver for Oracle Database on GitHub!

This is exciting for the Node community. The interest in Node applications that connect to the widely available Oracle Database is being recognized and rewarded with a driver that has been designed from the ground up for performance, scalability and usability.

Releasing source code on GitHub is itself big news for the Oracle Database development community. It is part of the shift to making content highly available to Oracle users and lets developers be more efficient at adopting technology and creating new generations of applications.

StrongLoop is one player with feet in both Node and Oracle communities. They have supported and given advice on the development of node-oracledb, even though it seemingly competes with their own driver. What node-oracledb actually does is let StrongLoop focus their efforts in making products like the LoopBack framework even more successful. The maintenance of the database access layer can now transition to Oracle, where their expertise is, freeing StrongLoop to add value above it. 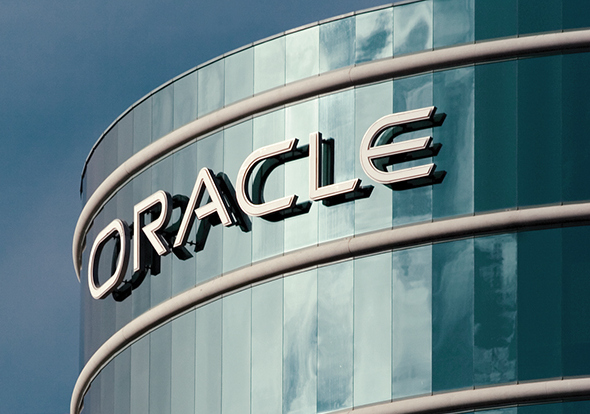 Following the footsteps of all good open source projects, the node-oracledb driver is currently at an arbitrarily chosen, low “0.2” release number. But it has already been called “very stable and fast”. It also has a lot of features.  It currently supports:

Database features such as the native JSON data type support introduced in Oracle Database 12.1.0.2 can be used directly with node-oracledb.

The node-oracledb driver itself uses Oracle’s C API for performance. This makes it a “thick client” driver requiring Oracle’s client libraries. These are free and easy to install.  They allow node-oracledb to take advantage of the significant feature set, engineering, and testing invested in those libraries. Scalable and highly available applications can be built.

Many of node-oracledb‘s features are immediately available to an application. For example, statement caching is enabled by default. The feature helps reduce unnecessary processing and network overhead of statement parsing when a statement is re-executed. Instead of requiring node-oracledb to have explicit parse and execute methods, by taking advantage of Oracle’s client library statement caching, the node-oracledb API is simplified.

Currently node-oracledb has just three classes, each with a small number of methods.

A basic query example is simple:

The output, with Oracle’s HR schema is:

Database connection strings use standard Oracle syntax.  The example shown connects to the XE database service on the local host. Connection identifiers from an Oracle network tnsnames.ora file may also be used.

Query results can be fetched as objects by setting an output format property.  This format can be a little bit less efficient for the driver to generate, so it is not the default:

The output would be:

Installation is currently via GitHub:

The repo’s INSTALL file has details and steps for several configurations.

The API documentation can be found here.