Today’s tip focuses on APIs – which just so happen to be the primary use case for Node.js!  APIs are driving the new frontedge – inclusive of mobile, tablets, wearables, web browsers, sensors, et al by providing rich backend data access in a flexible interface. These APIs are being increasingly generated using API frameworks, which act as “super glue” tying together the endpoints of disparate enterprise systems and data sources, and then exposing them in a uniform API to all clients.

API development usually starts on the backend with constructing a data access layer, modeling data objects and defining relationship mapping. Today, we will focus on Models and Model driven development of APIs in Node. The origins of modeling lies in a software design paradigm called “Convention over Configuration.” 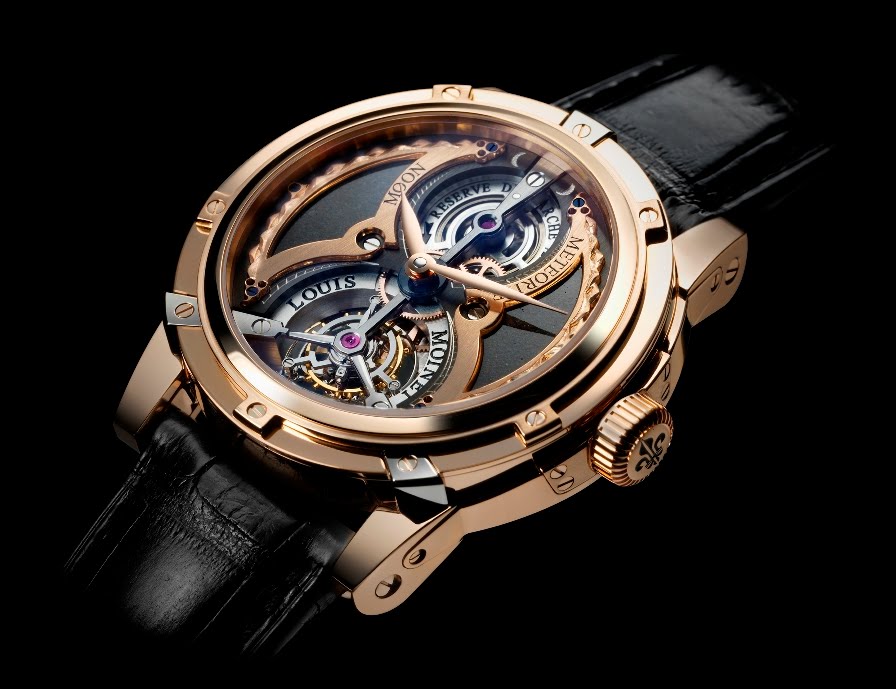 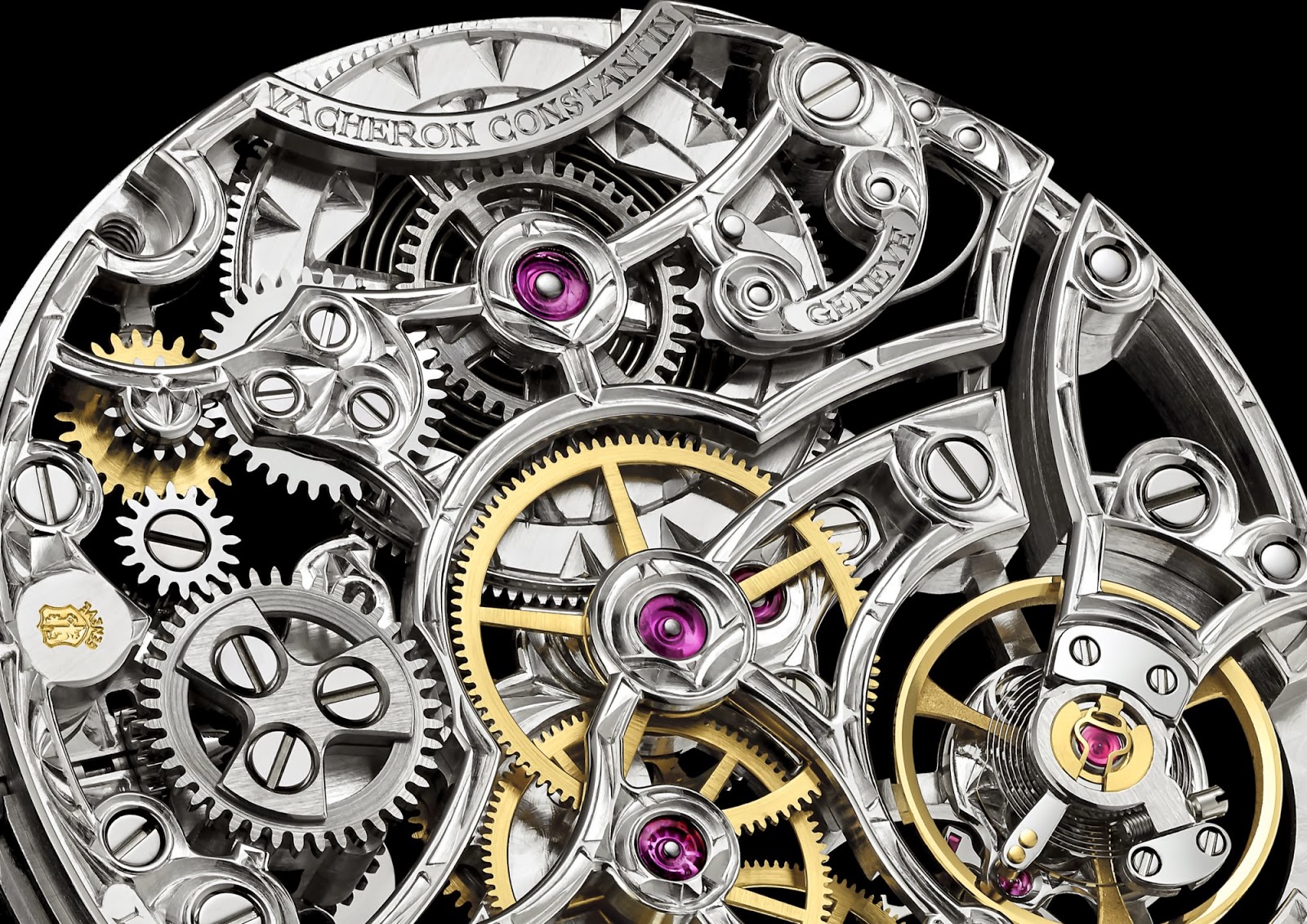 Convention over configuration (also known as coding by convention) seeks to decrease the number of decisions that developers need to make, gaining simplicity, but not necessarily losing flexibility. This means a developer only needs to specify unconventional aspects of the application. For example, if there’s a class Sale in the model, the corresponding table in the database is called sales by default. It is only if one deviates from this convention, such as calling the table sale, or product_sold that one needs to write code regarding these names.

ASP .Net MVC does this by default. When you create a controller named Home the class is HomeController and the views of the HomeController are found in /Views/Home for your project. When dealing with IoC containers there’s the task of registering your types to resolve correct.

Some popular frameworks who use convention over configuration are :

We have seen a couple new modeling approaches pop up in API development space, particularly for Node:

ORM was made popular in the J2EE world by engines like Hibernate, but is a widely accepted model across many frameworks and languages. 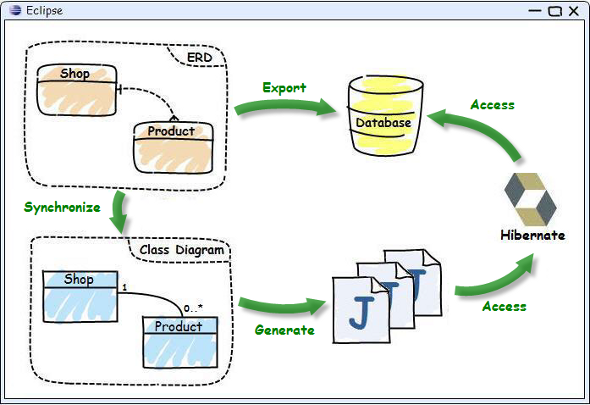 Traditionally, an Object Model (OM) deals with object oriented “blue-print” of your system. This includes, class diagrams (classes you will be creating), relationship between these classes, methods in the classes, properties etc. Typically, it is not aware of the database structure. Objects have properties and references to other objects.

The Data Model (DM) deals with entities at the database level. Like how the classes in the OM will get stored and in which tables. So, DM deals with table schema and the relationships between different tables (PKs, FKs) etc.

Databases consist of tables with columns that maybe related to other tables. ORM provides a bridge between the relational database and the object model. Object-relational mapping (ORM, O/RM, and O/R mapping) creates, in effect, a “virtual object database” that can be used from within the programming language and is database vendor independent. Additionally, ORM can significantly reduce the lines of code needed to be written by providing a higher level of abstraction.

Traditionally, Data Models deal with entities at the persistence level. Like how the classes in the Object Model will get stored in the database, in which tables etc. So, Data Model deals with Table schema, relationship between different tables (PKs, FKs) etc.

Due to the absence of SQL queries and planners, NoSQL databases get better performance with ODM. Additionally, there is no SQL to write, which reduces the possibility of SQL injections. 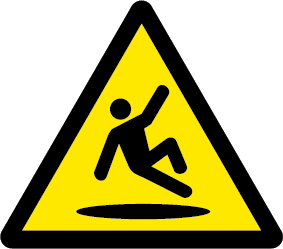 ORM can have a few rough edges in the case of “Logic Intensive Systems” i.e. systems that perform complex calculations, make optimizations, determinations, decisions, etc. This makes persistence easier by locking the object model to the database model that can make writing and consuming the business logic harder. For example, in a system that uses business objects that are basically codegen’d one to one from a legacy codebase with 400+ tables, the temptation and driver for codegen’ing the business objects is obvious (400+ tables).

ODM on the other hand is proprietary to each type of NoSQL backend like MongoDB and cannot deal with RDBMs based table-model structures. With no schema enforcement at the DB level and objects stored as flexible JSON documents, model validations will need to be handled at an application level. It too does not have complex OO features like polymorphism, inheritance, overloading etc which are usually listed in an OM, making it impractical to use with enterprise systems in addition too the below issues:

StrongLoop created LoopBack, a fully open-source, Node API framework on top of Express which assimilates the best practices of both types of modeling. Because it extends from express.js, it follows convention over configuration.

LoopBack simplifies and speeds up REST API development. It consists of:

A LoopBack application has three components:

LoopBack supports both “dynamic” schema-less models and “static”, schema-driven models. A LoopBack model represents data in backend systems such as databases and REST APIs, and provides APIs for working with it.  If your app connects to a relational database, then a model can be a table. Additionally, a model is updated with validation rules and business logic.

You can create LoopBack models in various ways, depending on what kind of data source the model is based on.  You can create:

The REST API enables HTTP clients like web browsers, JS programs, mobile SDKs, curl scripts or any other compatible client to interact with LoopBack models. LoopBack automatically binds a model to a list of HTTP endpoints that provide REST APIs for model instance data manipulations (CRUD) and other remote operations.

By default, the REST APIs are mounted to /<Model.settings.plural | pluralized(Model.modelName)>, for example, /locations, to the base URL such as http://localhost:3000/.  LoopBack provides a number of built-in models that have REST APIs.  See the REST API docs for more information.

By default, for a model backed by a datasource, LoopBack exposes a REST API that provides all the standard create, read, update, and delete (CRUD) operations. For example, for a model called Location (that provides business locations), LoopBack automatically creates the following REST API endpoints:

Individual models are easy to understand and work with. But in reality, models are often connected or related.  When you build a real-world application with multiple models, you’ll typically need to define relations between models. For example:

With connected models, LoopBack exposes as a set of APIs to interact with each of the model instances and query and filter the information based on the client’s needs. You can define the following relations between models:

You can define models relations in JSON or in JavaScript code.  When you define a relation for a model, LoopBack adds a set of methods to the model:

A belongsTo relation sets up a one-to-one connection with another model, such that each instance of the declaring model “belongs to” one instance of the other model. For example, if your app includes customers and orders, and each order can be placed by exactly one customer.

A hasMany relation builds a one-to-many connection with another model. You’ll often find this relation on the “other side” of a belongsTo relation. Here each instance of the model has zero or more instances of another model.  For example, in an app with customers and orders, a customer can have many orders.

The target model, Order, has a property, customerId, as the foreign key to reference the declaring model (Customer) primary key id.

A hasMany through relation is often used to set up a many-to-many connection with another model. Here the declaring model can be matched with zero or more instances of another model by proceeding through a third model. For example, in an app for a medical practice where patients make appointments to see physicians, the relevant relation declarations might be:

The “through” model, Appointment, has two foreign key properties, physicianId and patientId, that reference the primary keys in the declaring model, Physician, and the target model, Patient.

A hasAndBelongsToMany relation creates a direct many-to-many connection with another model, with no intervening model. For example, in an app with assemblies and parts, where each assembly has many parts and each part appears in many assemblies, you could declare the models as:

You can define a model declaratively in models.json and you can programmatically define and extend models using the Model class. 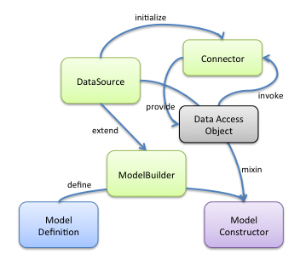 Data sources are backed by connectors which implement the data exchange logic using database drivers or other client APIs. Connectors are not used directly by application code. The DataSource class provides APIs to configure the underlying connector and exposes functions via DataSource or model classes.

The diagram illustrates the relationship between LoopBack Model, DataSource, and Connector.

DataSource object is the unified interface for LoopBack applications to integrate with backend systems. It’s a factory for data access logic around model classes. With the ability to plug in various connectors, DataSource provides the necessary abstraction to interact with databases or services to decouple the business logic from plumbing technologies.

Depicted below is the end to end Loopback API framework architecture for model driven development. 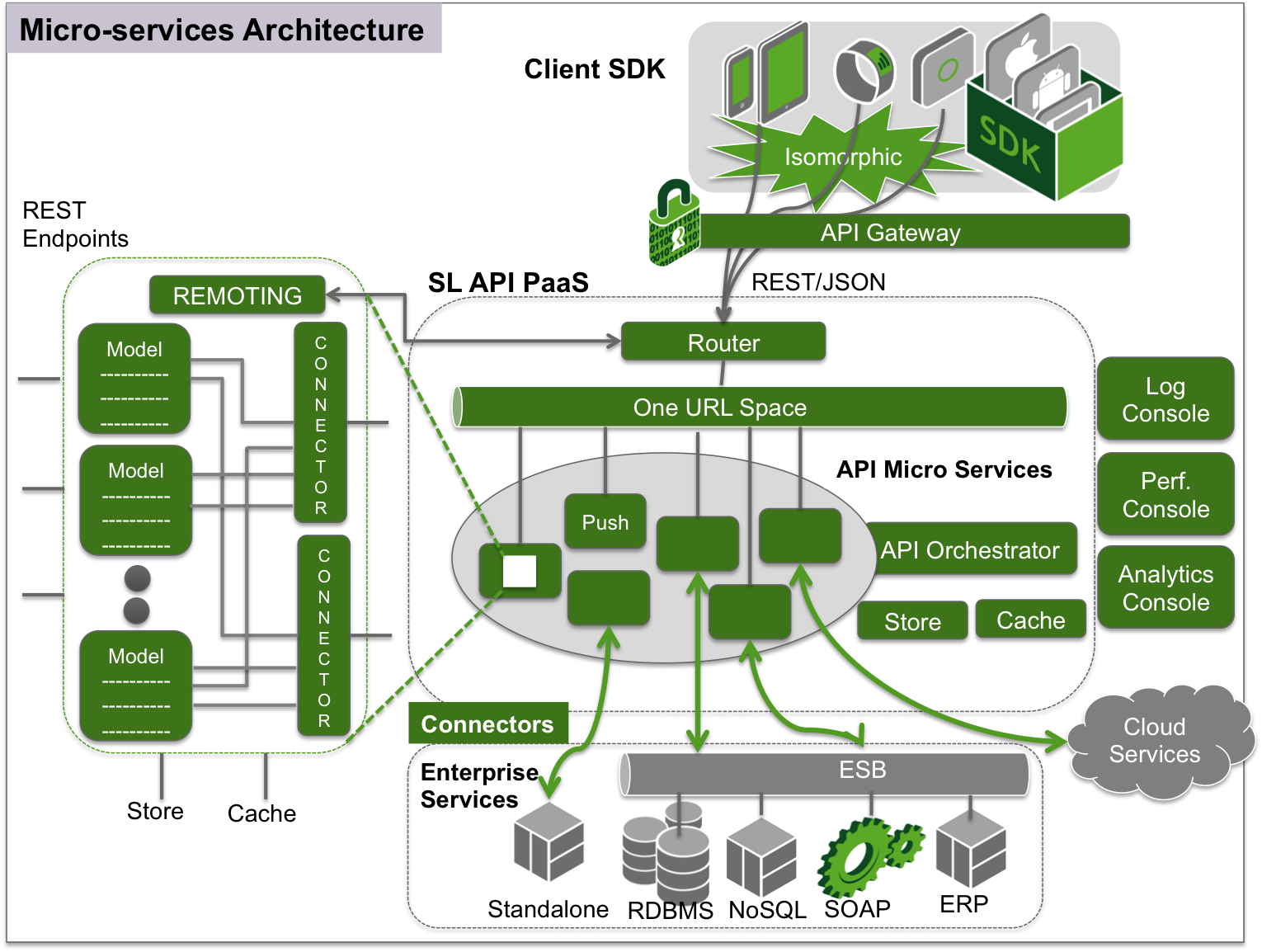 To checkout more details please visit Loopback.io or Strongloop website. In our next weekly blog we will deep-dive into the API services architecture of Loopback.