Generators in Node.js: Common Misconceptions and Three Good Use Cases

Generators have been all the rage lately. Many Node developers (including myself!) are excited and intrigued about writing their asynchronous code like this:

However, this is just one use case (although a clever one) of using generators.

In this article, we will explore the strengths of using generators. There is a GitHub repository with the code samples we will go through that you can check out. You will also need Node 0.11.x (w/ the --harmony flag) or greater to run these examples. I personally use nvm for this.

What is a generator?

Generators are function executions that can be suspended and resumed at a later point; a lightweight coroutine. This behavior happens using special generator functions (noted by function* syntax) and a couple of new keywords (yield and yield*) which are only used in the context of a generator:

Generators also have a built-in communication channel with yield:

In addition to communicating values, you can also throw exceptions into generators with gen.throw(new Error(‘oh no’)).

Generators may be used for iteration via the shiny new for of loop:

Now that I can suspend functions, I can run all this stuff in parallel right? No. _JavaScript is _still single-threaded, but now we have the ability to say STOP in the middle of a function. 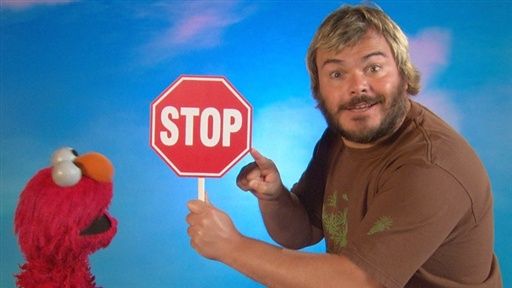 If you are looking to bolster raw performance, generators may not be your ticket. Here’s a sample CPU intensive task, calculating a Fibonacci sequence number:

If we were to benchmark these two using Benchmark.js:

The results are pretty plain to see (higher is better). Generators aren’t doing anything magical for us here and there is a performance overhead:

Of course this is a trivial example, and performance will likely get better. You may find performance benefits using some of the upcoming examples, but generators are still not a magic bullet. You don’t divvy work up, you simply suspend it. Performance tends to be slightly slower using generators for asynchronous tasks, but they come with substantial benefits as we’ll see in a moment.

Generators enable functionality that was either not possible before in JavaScript or was complicated. I find these cases the most compelling.

Lazy evaluation is already possible with JavaScript using closure tricks and the like, but its greatly simplified now with yield. By suspending execution and resuming at will, we are able to pull values only when we need to. For instance, our above fibGen function was not fast per say but it was lazy. We pull new values whenever we ask for them.

Of course, if we want one after another, using a for of loop is more convenient and is still lazily evaluated:

Since we can be lazy, it is possible to pull some Haskell tricks, like infinite sequences. Here is a Fibonacci generator that is able to yield an infinite amount of sequence numbers:

Now we evaluate a Fibonacci stream lazily, asking it to return the first Fibonacci number after 5000:

Using generators for asynchronous control flow was first introduced by task.js (which no longer appears to exist) and popularized by frameworks like co and various promise libraries. But how to does it actually work?

In Node land, everything is set up to work with callbacks. It is our lowest-level asynchronous abstraction. However, callbacks don’t work well with generators but yield will. If we invert how we have been using generators and use the built-in communications channel, we can write synchronous looking asynchronous code!

How do we do this? First, we need to convert asynchronous Node-style callback functions into thunks, a subroutine value we can reference until its ready to be executed:

If you are having trouble wrapping your head around this function, this is how it works if you were to break out the pieces:

Now, let’s write a run function, which takes a generator function and handles any yielded thunks:

Now we can run our code and handle errors in a synchronous fashion!

**Use StrongOps to Monitor Node Apps

Ready to start monitoring event loops, manage Node clusters and chase down memory leaks? We’ve made it easy to get started with StrongOps either locally or on your favorite cloud, with a simple npm install.