To remove this barrier, we need a simple way to set up and tear down a database service on request. Docker has gained popularity because it enables packaging an application and its dependencies into a virtual container for deployment, and it provides the perfect solution for this problem.

Docker provides images for almost all popular databases via the Docker Hub Registry. You use these images to spawn local containers. Once the container for the database service is up and running, you can use it for development and testing and easily dispose it when done.

Each of the following connector modules has a bash script (typically called setup.sh) to set up a Docker container for the database:

How to spawn the container

The Docker setup script (setup.sh) is a Bash script that runs on platforms that support Bash, including many flavors Linux and MacOS. In the future, we plan to transition from Bash scripts to platform-independent JavaScript programs.

The prerequisites for running the script are:

For example, consider the script for MySQL. To run the script:

For more information on how to run the customized shell script, read the documentation in each repository.

For example, visit How to run tests on MySQL for more information.

Here is an example of how to run the script to setup a Docker container for the MySQL connector: 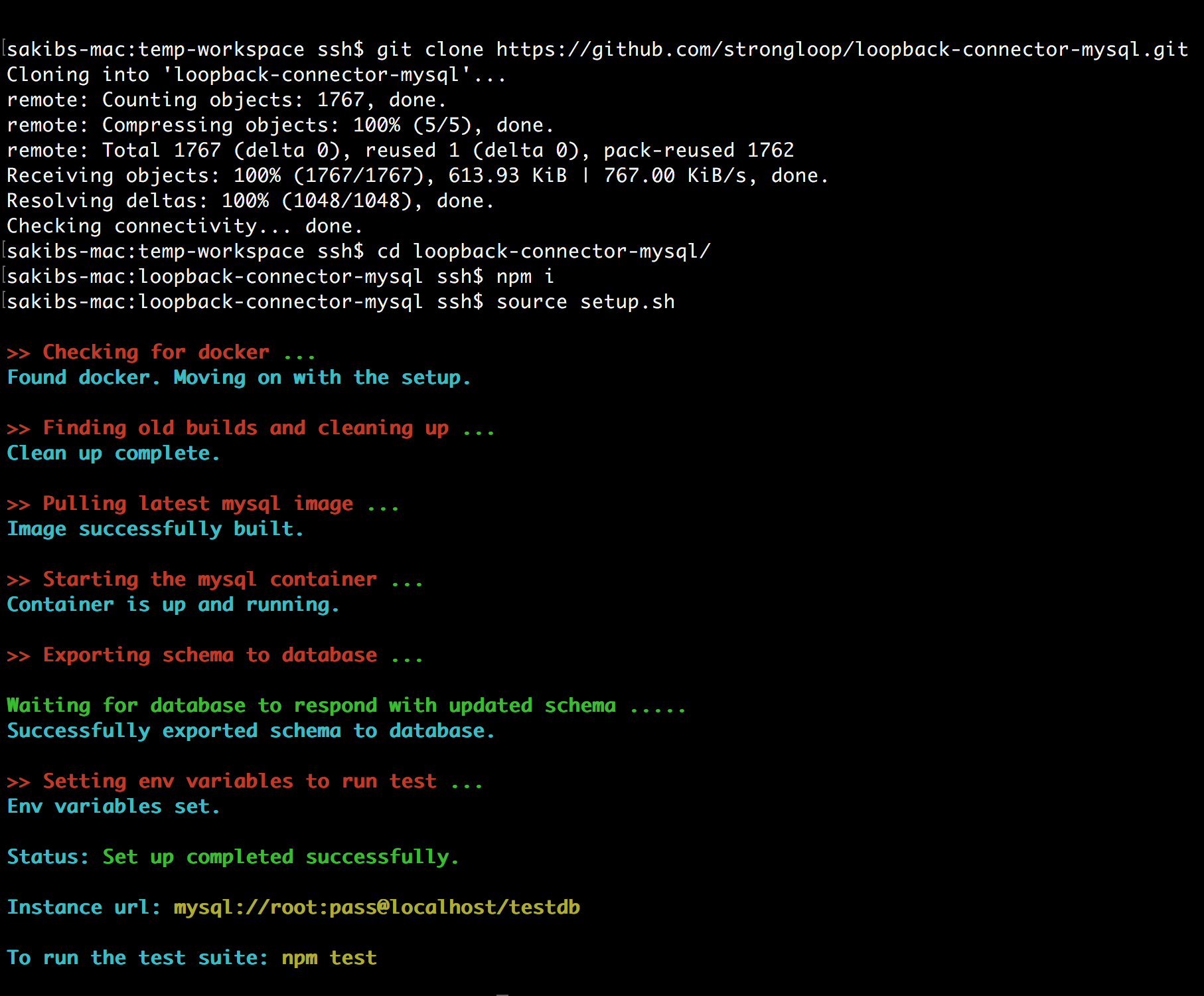 This new feature will enable community contributors to use, test, and develop LoopBack data source connectors more easily than ever. Thanks to Docker, it has never been easier to contribute code in all LoopBack connector modules.

Lowering barriers to entry improves the contribution experience for all, and we’d love to see your contributions in the future!