As a newbie Node.js developer coming from a Java and PHP background, I found the process of having to search for the correct node terminal and hitting

after every code change to be very archaic. Luckily there are many tools available that can automate this process for you, saving you valuable time and unnecessary pain. These seconds can really add up if you are constantly making a lot of little changes to your code. With all that time you’re saving, you can unglue yourself from your seat and go out for a walk or take an extra coffee break. 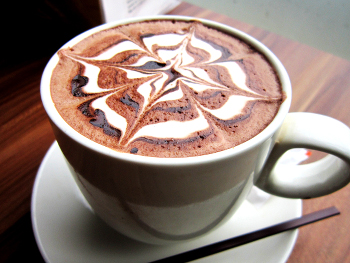 forever is not only a great CLI tool for keeping your app running continuously in a production environment, but also has advanced features that support running multiple node processes as background services. In this case, it gives you the option of restarting the server on file changes by using the -w flag. By using this flag, we not are only automatically restarting the application when the code changes, but also when and if the application goes down.

Use forever -w, instead of node to start your app:

I found out about Remy Sharp’s nodemon while browsing StackOverflow and have been using it for developing Node.js apps ever since. It’s fast and very simple to use… and it also supports CoffeeScript:

Use nodemon, instead of node:

You can also specify a custom list of file extensions to watch for with the -e switch like so:

Developed by Isaac Schlueter, the supervisor module is very similar in functionality and customizability to nodemon. However, I have seen complaints from the community that it eats up more CPU than it needs to and that it loses out on important functionality such as –debug and –harmony as it passes all arguments as arguments to the script itself rather than node. Also, unlike nodemon and forever, it will keep trying to restart the application when there is an error, which can overload your terminal with duplicate error statements.

Use supervisor, instead of node:

node-dev is great alternative to both nodemon and supervisor for developers who like to get growl (or libnotify) notifications on their desktop whenever the server restarts or when there is an error. It also supports CoffeeScript and LiveScript. To use the growl notifications you have to install Growl from http://growl.info/downloads.

It should be noted that node-dev should not be used in production — it’s not designed for hot code reloading, but for easier development.

Use node-dev, instead of node:

I was most impressed with forever and nodemon after researching and trying out all of the various alternatives. Not only are they the most actively developed amongst the alternatives, the support from the users is overwhelming as seen by the number of GitHub stars (as of December 9, 2013):

For those of you in a production environment and are already using forever to keep your processes alive, you can simply add the -w flag on your startup script instead of having to install another dependency.

For a development environment, using nodemon, supervisor, or node-dev are all great solutions to having to manually restart the server after every code change. I recommend trying out nodemon first and checking out the others if you are not satisfied with it’s performance. I was hooked after using it once: it’s fast, simple to use, and is greatly supported by the community.

Update: Many of you suggested that pm2 should also be included in this list. Although pm2 is a great tool, it no longer seems to support monitoring for file changes. It seems to have been supported in the past, but was removed a few months ago. Perhaps it will be introduced again in a future patch.